For my 58th birthday, I chose to take another road trip with Victoria. This time it was to investigate the possibility of investing in a cabin and boat rental business in Tennessee. The trip also afforded us the opportunity to spend a few days with friends, who drove over from Wichita KS.

Monday the 29th, we made the trip from Xenia to Chattanooga mostly on non-interstate highways. We stayed in one of the cabins at the business we were investigating for a couple of nights. Here's our view of the Tennessee River from the front porch of the cabin where we stayed. 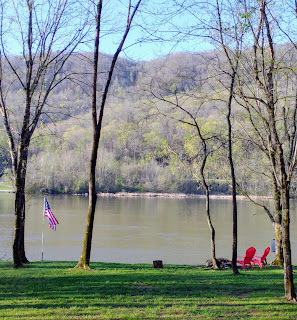 Here's a picture from our pontoon boat ride on Tuesday when we were out on the Tennessee River.

On Wednesday, we took the short drive to Tracy City to look at luxury tiny homes in several developments there. That afternoon we met our friends from Wichita, Don and Paula, at the condo we had rented for the rest of the week.

Here are a couple of pictures from Montague Park near our condo looking towards Lookout Mountain. Montague Park is a 33-acre parkland showcasing large, contemporary sculptures in open, grassy surroundings.

Friday found us visiting the Tennessee Valley Railroad and Museum. We took the Missionary Ridge local train ride which begins at the Grand Junction Station and takes you over four bridges and through the pre-Civil War Missionary Ridge Tunnel to the East Chattanooga station. 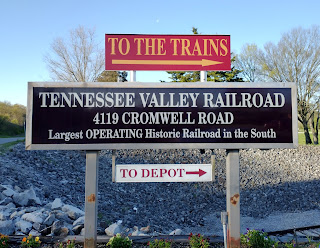 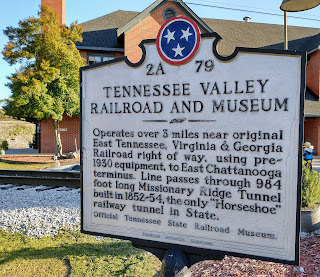 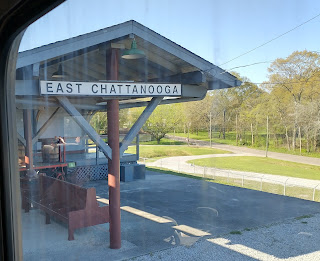 The roundtrip is about an hour long (15 minutes to East Chattanooga, 25 minute layover, and 15 minutes back to Grand Junction) and includes a turntable demonstration. Here’s the locomotive being turned around on the turntable. 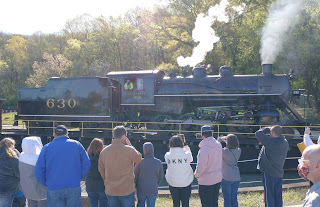 During our train ride, we learned of The Great Locomotive Chase (also known as the Andrews' Raid) which was a military raid that occurred April 12, 1862, in northern Georgia during the Civil War. Volunteers from the Union Army, led by civilian scout James J. Andrews, commandeered a train, The General, and took it northward toward Chattanooga, Tennessee, doing as much damage as possible to the vital Western and Atlantic Railroad (W&A) line as they went.

When Victoria and I took a walk through the Chattanooga National Cemetery later that afternoon, we came across Ohio's tribute to the Andrews Raiders. 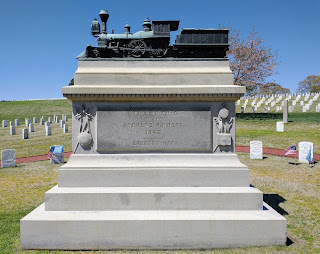 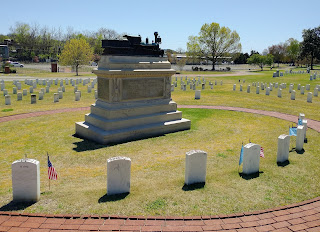 Saturday found us taking a scenic drive on a short portion of the Lookout Mountain Scenic Parkway. We stumbled across the Lookout Mountain Flight Park. This is a picture of the ramp from where hang gliders launch. It looks almost as crazy as jumping from a perfectly good airplane when skydiving! 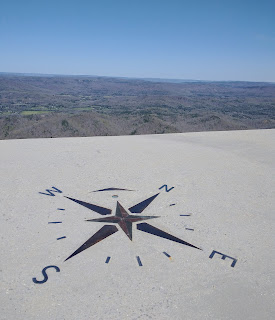 We finished our drive by visiting Point Park at the northern end of Lookout Mountain. The park offers some fantastic views of Chattanooga and the surrounding area. 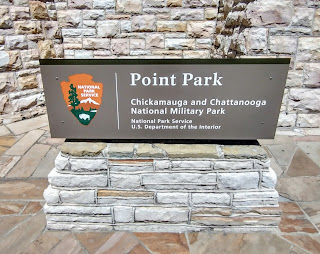 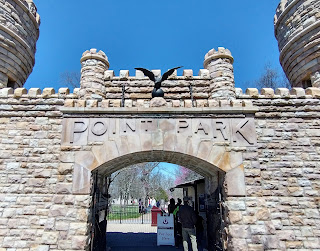 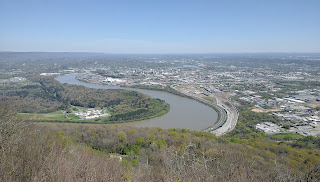 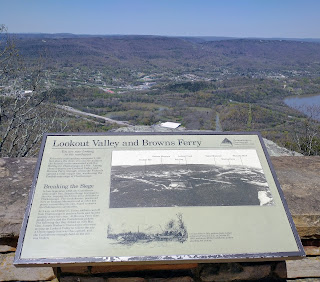 On Easter Sunday we made the drive from Chattanooga to our home in Xenia, and found our home still standing, and senior our cat still alive. One more road trip in the great memories portion of my brain!

Posted by Barak Strickland at 11:11 AM

Scott, it was. Speak soon.