A beautiful morning greeted us in Paradise Valley, the large Yellowstone River valley between the Absaroka and Gallatin ranges of the Northern Rocky Mountains. Reluctant to leave this remainder of Eden on earth, we packed up the rental car again and continued our journey eastward.

Most of the day we followed the Lewis and Clark Trail: I-90 and 94, along the Yellowstone River. Large signs with interesting tidbits of historical information greeted us along the way. 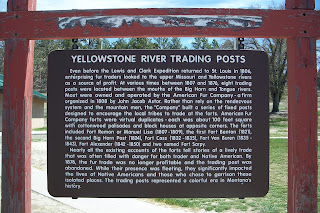 We were reminded of remarkable men like Jedediah Smith, one of the most famous fur traders and trail blazers during the west-ward expansion of the 19th century. 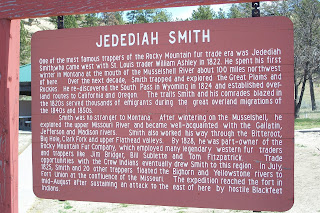 At Wibaux, the last sizable town on the map before leaving Montana, we read again about the sad consequences of such expansion when devoid of consideration for all of God’s children and creatures. 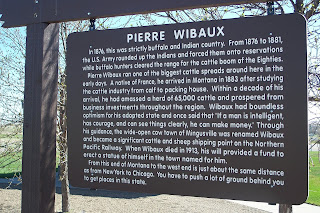 Immediately upon leaving Montana (a sad moment for Victoria)... 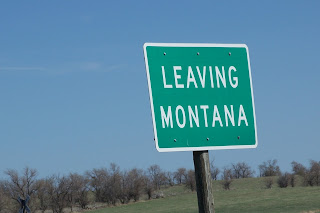 ...and being welcomed to the “Western Regions of North Dakota”... 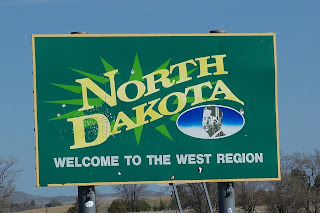 ...we entered what is known as the North Dakota Badlands or the Little Missouri National Grasslands. 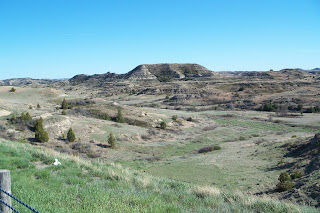 I think Badlands is a more appropriate term than Grasslands. We failed to see much grass driving through. The miles and miles of wide open spaces and no sign of civilization except for the paved road, an occasional vehicle, and a lone farm in the distance left us speechless. As we neared the city of Dickinson, things changed drastically. Talk about “sprawl” and a construction boon! Ironically, we were unable to find a spot to stay for the night. It was weird!

So, off we went across more of a seemingly deserted section of I-94, the highway we had been on since leaving Montana. We were wondering if the towns that were announced by road-side signs and which figured on our map actually existed! From where we were sitting in the car, we could see no evidence. After a long nine-hour day of travel, we finally rolled into Bismarck, North Dakota’s capital. We found food and a comfy bed rather quickly in this wildly growing city.

Wednesday our plan is to make it to Minneapolis MN area.
Posted by Barak Strickland at 9:11 AM